1898: murder, mines, and melodrama (and cross-dressing)

In one photo of the old agricultural fair’s harness racing event, you can see the judges’ stand draped with an advertisement for the Bremen Opera House production The Silent Witness, by Forbes Heermans (apparently attributed to Horace C Dale by mistake, as there’s no such play in contemporary lists of his works).

The production was put together by “Vonna B Fitzgerald” of Benton Harbor, who was a traveling theatrical producer/director and, as noted in one of the articles below, female impersonator. No promotional photos seem to survive, unfortunately.

The Silent Witness was also called Down the Black Cañon (or “Canyon”), and was published by De Witt in 1890. It is available online in full.

Here’s what the Bremen Enquirer had to say about it at the time (click to enlarge):

What kind of story is The Silent Witness? Exactly as you might hope, it involves murder, mistaken identity, hidden treasure, a gambler, a handsome mining engineer, a pretty damsel in distress, and the deed to her father’s gold mine. Short of the girl being tied to the railroad tracks, it has everything you could want in an old-fashioned melodrama.

The titular witness is a deaf-mute boy; the titular canyon is one into which certain characters fall. There is some unfortunate ethnic insensitivity inasmuch as the sheriff disguises himself at one point as a stereotypical Jew—or, the author notes, “as a Spaniard, if preferred”, but overall it must have been a pleasant diversion.

Here is the synopsis (paraphrased from the original):

The scene of this play is in the mining region of Colorado. HENRY ARMOUR has been attracted there in the hope of retrieving his broken fortunes, and with his two daughters, RUTH and KATE, occupies a cottage not far from the Black Canyon. A neglected deaf-mute, JIMMIE, comes to the cottage for food and shelter. ARMOUR announces to his eldest daughter that he has sold part of the mine, the “Little Ruth,” for one hundred thousand dollars. He conceals the money in a hollow log in the end of the cottage.

RUFUS STONE, a gambler and villain, witnesses the concealment of the money. STONE discovers and abuses JIMMIE, who is rescued by RUTH and the young engineer, JOHN ANDREWS. Then follows an interesting interview between ANDREWS and RUTH, resulting in their becoming pledged to each other, although Mr. ARMOUR is greatly displeased.

STONE returns, and as the evening advances, prepares to rob, and, if need be, to murder. While he is hunting for the concealed treasure, ARMOUR comes out, and they fight. STONE compels ARMOUR to call out, “I am with John Andrews” and then stabs him to death. The deaf-mute JIMMIE, who has been asleep in front of the cottage, becomes silent witness to the murder and robbery, but is unable to communicate with anyone.

ANDREWS is accused of the murder and seized by Vigilantes but is rescued from execution by JIMMIE. The two escape up the mountain, but ANDREWS is shot at by STONE, and seen to fall, apparently, into the Black Canyon.

A year elapses, and the scene changes to the mouth of the “Little Ruth” mine, where STONE speaks with GOLDSTEIN, apparently a speculator, but in reality the county sheriff in disguise. STONE plans to perfect his title to the mine and is told that RUTH’s signature to some papers is needed. STONE admits his fear of DALTON, who is boss of the mine, and plans his destruction. ANDREWS reappears, also in disguise, and converses with STONE without recognition on STONE’S part.

JIMMIE, having been taught to read and write by ANDREWS during their exile, is sent into the mine to find DALTON. While he is down, STONE throws a dynamite cartridge down the mine. The victims of the explosion are taken out by ANDREWS, assisted by KATE.

JIMMIE goes to RUTH, and informs her that he knows who killed her father, but is interrupted by STONE’s entrance and hides himself. STONE is accused of the murder by RUTH and is about to kill her also when ANDREWS appears and disarms him. The Vigilantes appear, headed by GOLDSTEIN, intent on seizing STONE, who rushes from the door, and jumps headlong down the Black Canyon. The lovers are reunited, and RUTH receives as a “wedding present” the title deeds of the mine, which had been stolen by STONE, and all ends happily. 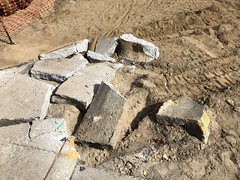 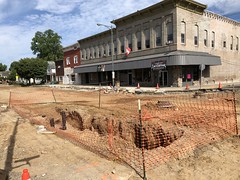 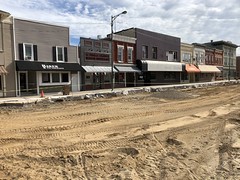 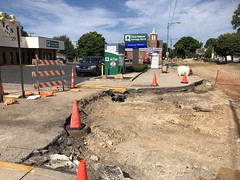 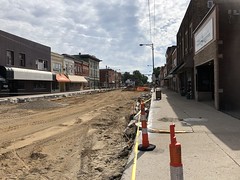 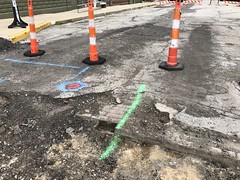 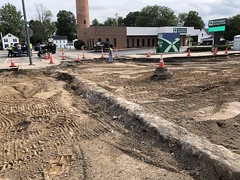 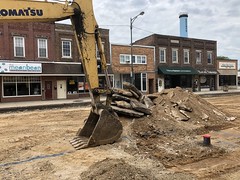 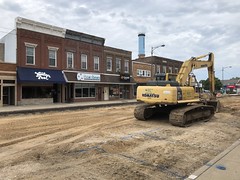 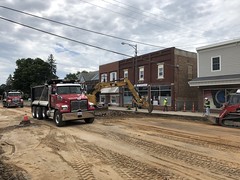 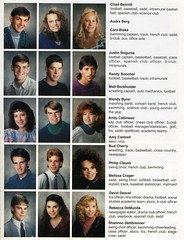 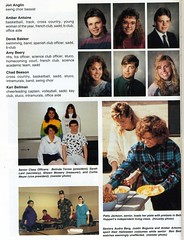