The family of Mrs. Beth Bowen

February 26 would be Doc Bowen’s 98th birthday. The History Center has a nice display of photos of his life and career.

Doc’s companion through 47 years from their wedding in 1939 to her death from a rare bone marrow disease in 1981 was the former Miss Elizabeth Steinmann. She was born in 1918 in Crown Point, Indiana, to an immigrant couple who ran a butcher shop. Alwin Steinmann was from Wolfenbüttel, Germany, a storybook town of colorful half-timber buildings famous now for Jägermeister liquors. His is the quintessential immigrant story.

Alwin had come to America in early 1913 aboard the Pretoria into Ellis Island, New York. He learned English quickly and knew the butcher’s trade and made enough money in Chicago to send for his sister Elizabeth and his sweetheart Bertina Luchmann late the next year. Bertina could also read and write and learned English with a thick accent; they called themselves Alvin and Bertha. They married immediately in Chicago and had Beth’s older brother Harry in 1915. They then moved to Crown Point about 1917 and opened a meat market at 110 S. Main St., right across from the county courthouse. In his autobiography, Doc notes that Beth spoke only German until she started school at the age of 6.

Alvin, his wife, and his sister became naturalized citizens in Hammond in 1922. In 1924, the family returned to Germany for some weeks to visit relatives, a process that required a passport, which preserved the family portrait below. But Alvin died in 1926, leaving Bertha to raise two children of 8 and 11 on her own through the late 1920s and the Great Depression. But Glenn and Berthelia Balt rented the family butcher shop until Harry was old enough to become a butcher himself, so it’s unlikely the family went hungry.

This must have been a fascinating time; the Crown Point courthouse was known as a “marriage mill”, providing quickie weddings 24 hrs a day all through the late 1920s and ’30s. Not only that, but notorious bank robber John Dillinger must have created a stir when he was brought to the county jail next door in 1934—and even more of a stir when he escaped.

But by 1935, when Beth was not yet 18, Bertha had taken a job—and living quarters—at the Lake County Juvenile Detention Home, where she worked as a governess into the 1940s.

Beth lived with Harry over the butcher shop; she graduated from high school and met Otis while she was attending Gary Business School and he was a pre-med student. They married in 1939 and continued living with Harry while Otis finished IU medical school. She worked in the civil service while he did his internship in South Bend; then he went into the army to serve in the medical corps, rising to the rank of captain. When he got out in 1946, he found that a Doctor Homer Burke in Bremen, Indiana, was looking for someone to take over his practice so he could take charge of a rural hospital in Puerto Rico. And so they came to Bremen.

Beth’s aunt and namesake Elizabeth Steinmann (1894-1967), who had come to America with Bertha, worked as a maid at the Ambassador East hotel in Chicago for many years before retiring to Bremen. Bertha Steinmann retired to Tuscon, Arizona. Both visited German relatives again in the post-war years. When Bertha passed away in 1978, Beth Bowen published a cookbook that included recipes passed down from her mother. 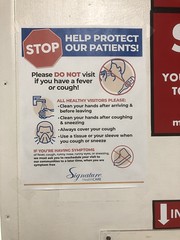 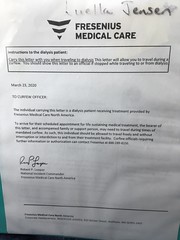 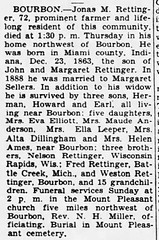 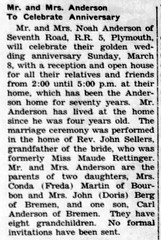 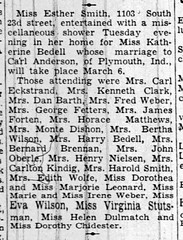 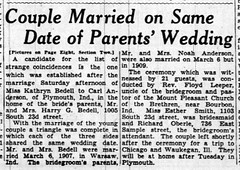