In 1899, horseless carriages were the talk of the town. Studebaker ordered one from the Winton company and soon announced they would add horseless carriages to their carriage offerings. There was general disagreement over whether such contraptions would amount to anything, but some thought strongly that they were the transportation of the future.

In September of that year Martin Beiger and his wife drove one of these “automobiles” to Bremen, accompanied by a “Mr Ford” and his wife. Beiger was the Mishawaka manufacturer of rubber boots and felt boot liners; his company became Ball-Band and produced some of the first rubber-soled athletic shoes. There’s no way to know for sure if “Mr Ford” was Henry Ford himself, but he was experimenting with making automobiles at the time.

It was 1903 that Jacob Vollmer became the first person in Bremen to own an automobile. He chose a Rambler in red (not related to the later Nash Rambler), which the Bremen Enquirer‘s wary editor described as “the color of death and destruction.”

Soon, Dr. Charles Nusbaum bought his own auto, but the first one proved to be inadequately powered, so he took it back and found another.

We don’t know what type Doc Nusbaum’s 1904 auto was, but by 1912 he’d be driving a Ford Model T, like a million other Americans. Here he is with it in front of his building on N Center St.

In 1905, Bremen’s postmaster, James Ranstead, purchased the third documented Bremen car, a Ford Model C, forerunner of the Model T (which would come along in 1908).

By 1907, J R Dietrich had caught the bug and got himself a fine Pope-Toledo, one of the most expensive and luxurious offerings available and boasted a full 50 horsepower.

The local newsman seemed to foresee the future world his posterity would be living in when he spoke in 1907 of how common the automobile had become and its noise and stink, noting that Bremen then had eleven cars–altho some of them didn’t run anymore.

By 1910, John Doering had a garage on S Center St selling Ford Model Ts side-by-side with horse collars and buggy whips. Horse and buggy would remain popular in Bremen at least until the 1920s.

But it wasn’t strictly 4-wheelers that captured Bremen’s attention. The Koontz/Kuntz brothers became particularly became enamored of motorcycles and sold Yale bikes to friends and neighbors. Here they are on the Kuntz farm NE of town about 1913.

These and many other articles and photographs are available in our Flickr album in our online archives. Click the forward and next buttons to view the slideshow or click an image to got to the Flickr page. 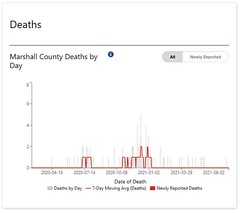 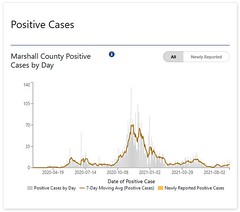 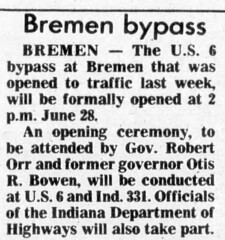 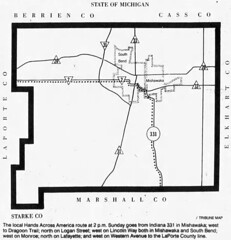