Town marshals and chiefs of police

Here is the role of the early marshals as explained in the Bremen Centennial ’71 booklet:

The first town marshals collected taxes, repaired sidewalks, graded or supervised the grading of streets, cared for the town pump, rounded up stray cattle, acted as dog catcher, and enforced the law.

In these early days, there was no night patrolman. News accounts in the 1880s onward tell of many robberies, safes blown, stores entered, duels fought, and guns discharged in the town. After a few years, a “night watch” was hired to protect the business district. When finances were “short”, the night watch was usually eliminated until funds were available.

Note: The old town pump was located on the northwest corner of Plymouth and Jackson streets and is now located in the History Center. When the water works was installed and the streets were graveled, separate departments were developed to cover these areas, which relieved the marshal of some of these earlier duties.

Selected clippings from Bremen and nearby

Click on any of the images to see a larger version.

Bremen and nearby town marshal clippings – 1898 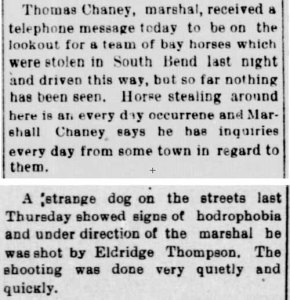 Bremen and nearby town marshal clippings – 1901 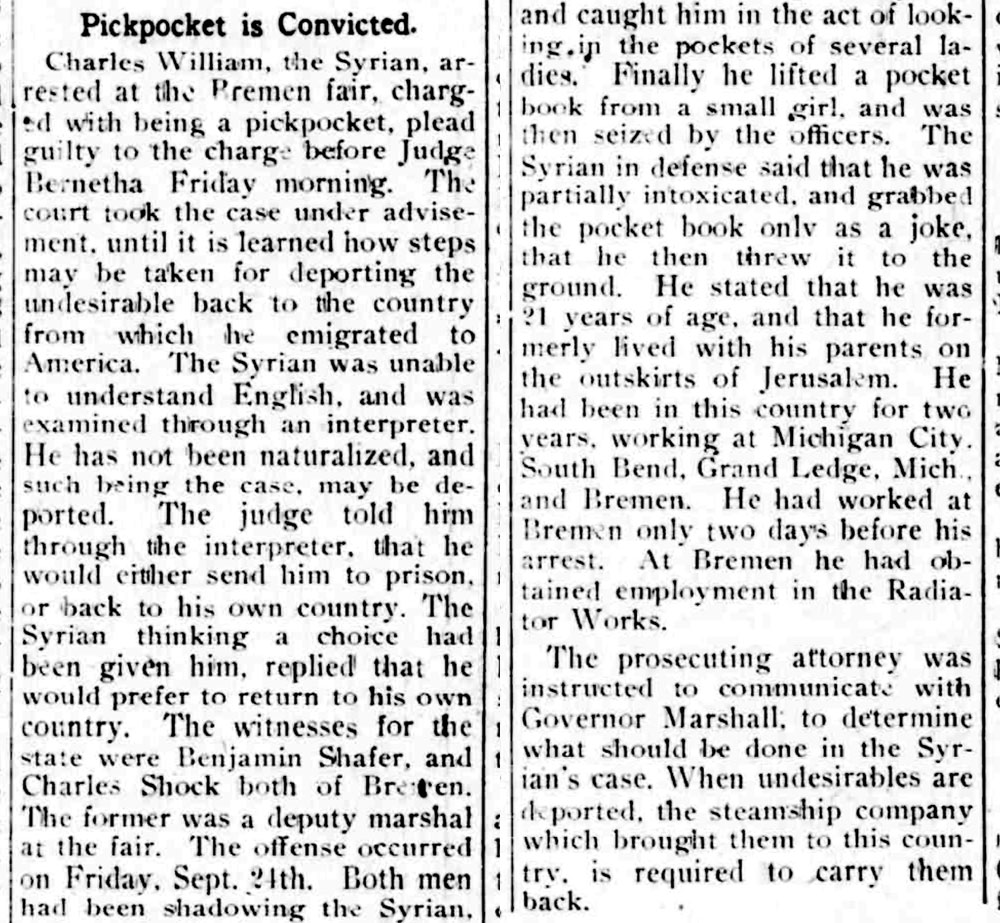 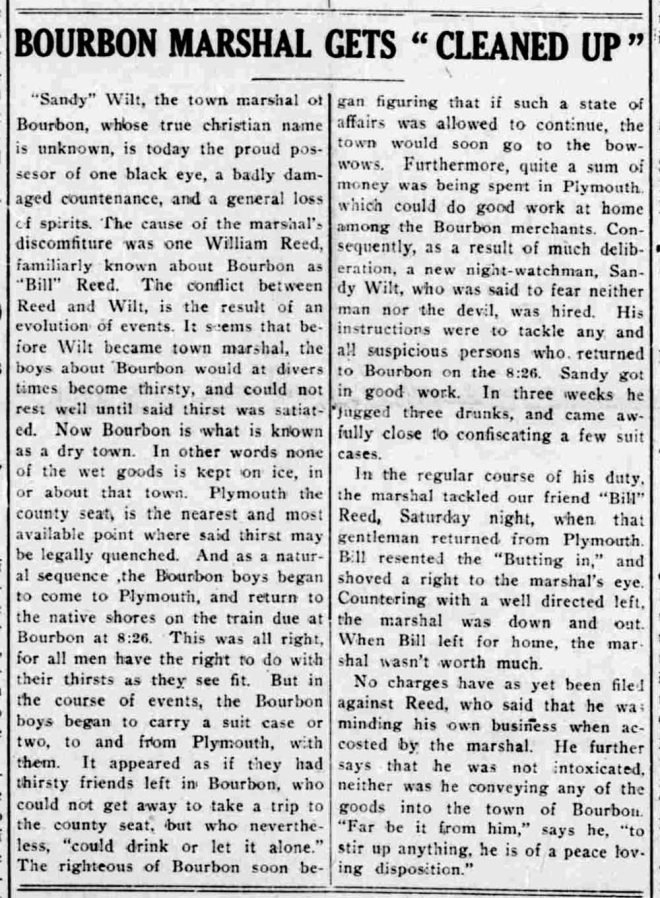 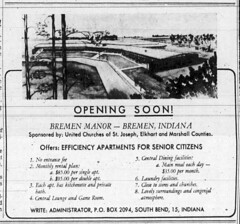 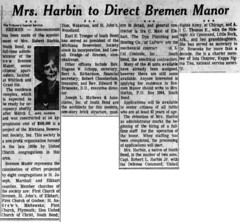 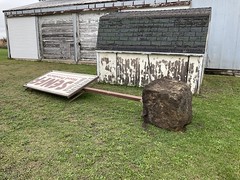 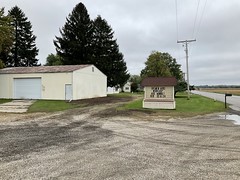 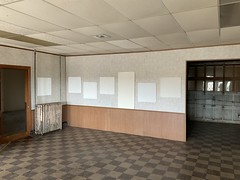 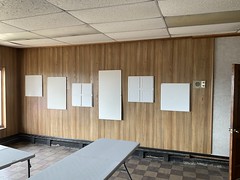 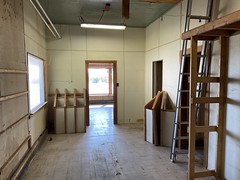 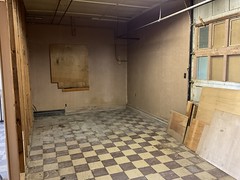 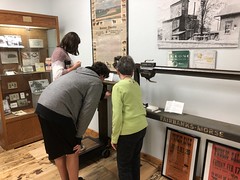 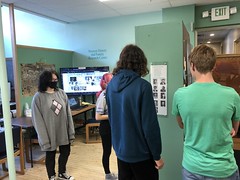