The long history of the Bremen movie theater

Way back in 1910, when motion pictures were just getting a foothold in American culture, Carl Ponader and Otto Fries bought the 1888 William Huff building that was part of Huff’s hardware store (the Downtown’r restaurant in 2016). They called 105 E Plymouth St “The Majestic”, and it has been a movie theater ever since.

Note: The Majestic was the second motion picture venue in Bremen, the first being the Wright Opera House, located over Wright’s dry goods store at Plymouth and Jackson (the Panda Garden in 2016). The Vaudette, as it was called, changed hands and locations several times between 1901 and 1909, setting up wherever the current owner could find chairs and a place to plug in the projector. There, you might chance to see “an Italian tragedy of the fifteenth century” or the Cubs vs Tigers baseball game (admission 5 cents).

Out went the hardware and in went an inclined floor, a stage, a piano, and 300 unpadded, folding, “opera-style” seats. The opening night at the Majestic featured a trained dog act, two unnamed films of the time, and a baritone solo by Harold Walter (1889-1950) accompanied by a full orchestra.

Fries soon bought out Ponader’s end of the Majestic, then quickly partnered with Ernest Mochel (who had helped run the Vaudette) but sold out to Frank Huff not long after. In the next few years, the Majestic showed silent pictures, traveling Vaudeville acts, local talent, illustrated lectures, and even live wrestling matches. Wilbur and Mayme Drake (he: 1876-1922; she: 1879-1955) came from Goshen to manage it in about 1912 and bought it in 1914, maintaining the Majestic name. They celebrated by kicking off the 13-part Adventures of Kathlyn, the first cliffhanger serial.

In 1917, Mr. Drake perhaps saved the lives of several patrons when a panic ensued after a boy was shot with a pistol in a nearly packed house. He calmed the crowd, avoiding a stampede. It was then discovered that 16-year-old Charles Rhude had accidentally fired the pistol he had stolen and was showing off. Across the aisle, twelve-year-old Ernest VonBergen was hit in the thigh and badly injured.

Mr. Drake died of a chronic kidney ailment in 1922, and John Swaim of North Manchester bought the theater from Mrs. Drake and remodeled it as the Gem Theatre, kicking off with the very popular The Four Horsemen of the Apocalypse. He gave it a new stucco front in 1924.

1928 Fair of the Iron Horse ticket

In 1929, Swaim sold the business back to Mayme Drake, who renamed it the Playhouse. Drake went so far as to give away pieces of dinnerware on “China night”, but it wasn’t to last.

Drake soon leased the theater to Mishawaka theater man O J Lambiotte, who renamed it the Rialto. His first picture was High Society Blues with Janet Gaynor. Lambiotte added a sound system and other improvements in 1930 to take advantage of the invention of talking pictures, but he sold his lease to F V Allen of South Bend before the year was out. Allen only lasted a few months.

R H Schroeder of the Plymouth Rialto leased the theater in 1931, put in new sound equipment, and returned the name Playhouse to the marquee. But it continued to struggle, and he tried changing ticket prices, booking more salacious titles, and even using its advertisements to beg for patronage. It nevertheless closed in September of 1932, the height of the Great Depression.

After more than 20 years of management and ownership, the widow Drake sold the theater in 1934 to Loren Waltz (1907-1980) and Earl Helfman and then re-married to local tinsmith Charles Arch. The new owners made renovations, including new seats “of the cushion type”, and renamed it the Bremen Theatre. It got a new front in 1936 that it has more or less retained ever since and water-cooled air-conditioning in 1937. In 1938, Helfman sold out to Waltz, probably to concentrate on the Nappanee grocery business or other theaters they also owned.

Prices were 50 cents for adults, 20 cents for children, with “cash night” lotteries on Thursdays. In 1950, the theater got modern sound followed by modern air conditioning the next year and the switch from Academy ratio to widescreen in 1953.

The Waltzes sold to Al Hollinger, owner of the Goshen Theatre, who ran it in the 1980s. He went bankrupt and fled town, taking much of the equipment with him. The bank foreclosed and sold it in 1986 to Ross and Betty Richards, who remodeled it as the Bremen Family Theatre. They ran it as long as they could but eventually folded shop in the 1990s.

In 2000, the building was sold by Betty Richards (later owner of the Downtown’r) to Ijinio Flores, who owns it today. In 2013, Flores converted from 35mm to digital projection and 5.1 surround sound, an expensive upgrade but one that allows the theater to get first-run movies on hard drive and project them in pristine high definition and sound. Both Mrs. Richards and Mrs. Waltz are around today to see it. [Edit: Phyllis passed away Feb. 13, 2018.]

In renovating the old place, Ijinio has dug up several little treasures. A few frames of film from the silent era, an old poster of one of the Joe Louis-Max Schmeling boxing matches, a ticket to a show sponsored by the B&O railroad, and some promotional material and signage. The “KEEP DOOR CLOSED” sign in the projection booth has been there since the Waltzes taped it up in the 1930s.

Click an image below to start a slideshow or click here to see the full album of photos. 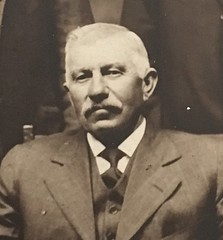 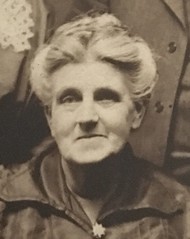 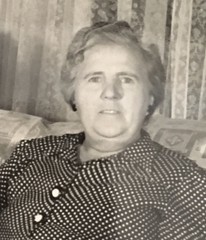 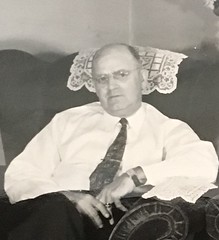 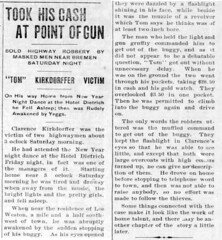 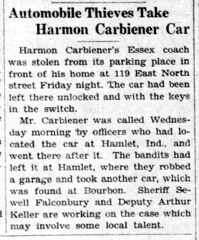 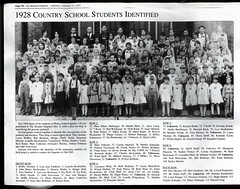 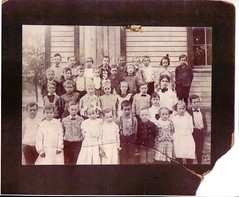 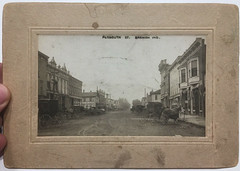